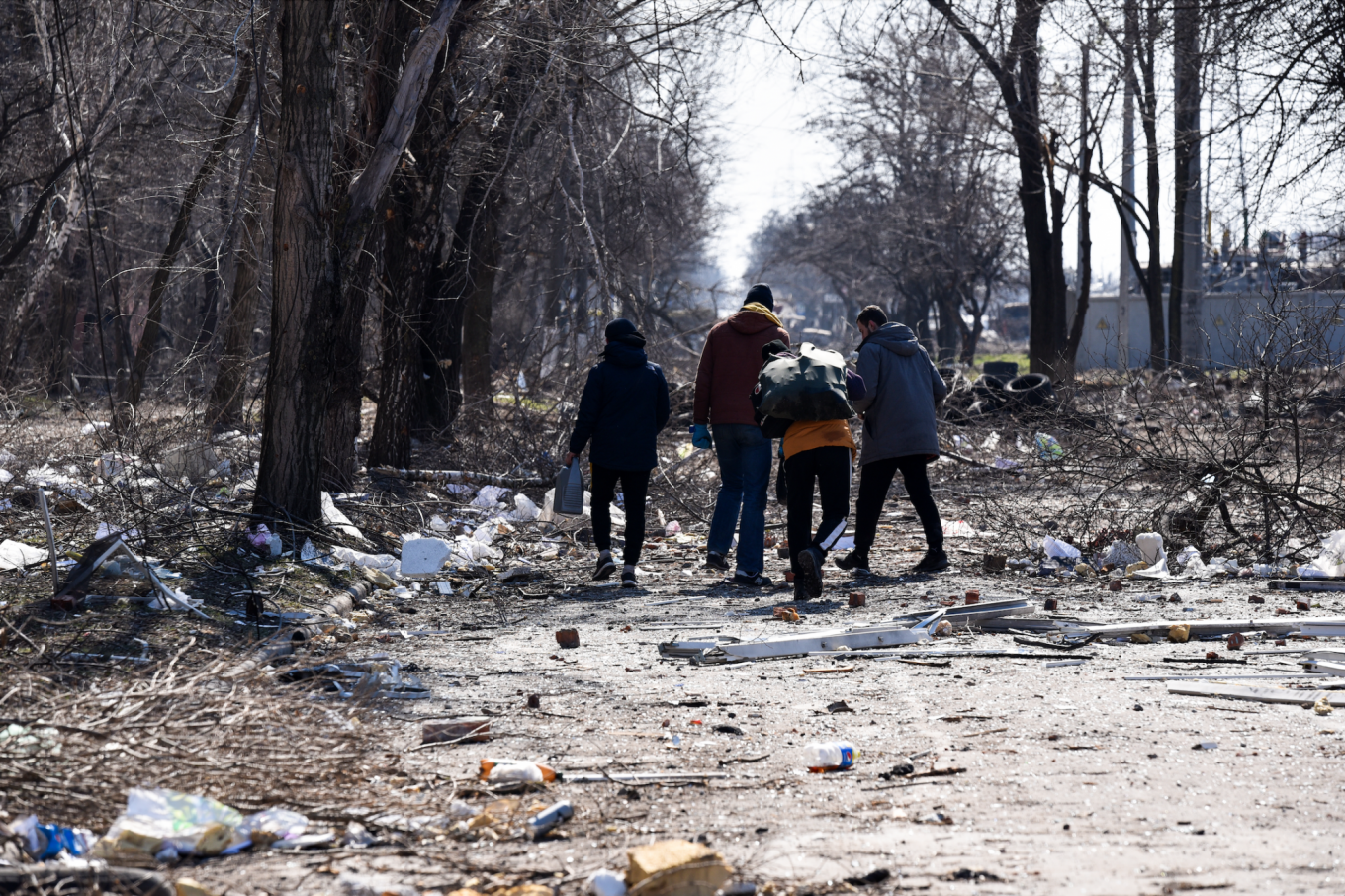 Ukrainian authorities on Sunday accused Russian forces of bombing a school in the besieged city of Mariupol where some 400 people, including women and children, had taken refuge and deporting some residents to Russia.

Mariupol was one of the main targets of attacks from Moscow. Russian shelling pounded the eastern Ukrainian port for days and the city suffered a near total communications blackout.

“Yesterday the Russian occupiers dropped bombs on an art school No. 12,” the city council said on the Telegram messaging app on Sunday, adding that around 400 women, children and the elderly had attended there. sheltered from the bombardments.

The building, located east of the city, was destroyed, the council said in a statement. “Peaceful civilians are still under the rubble,” he added.

City authorities also claimed that some Mariupol residents were forcibly taken to Russia and stripped of their Ukrainian passports.

“People who are forcibly taken to Russia have their Ukrainian passports withdrawn and given a piece of paper that has no legal value and is not recognized by the entire civilized world,” the city council said.

“The occupiers are sending Mariupol residents to filtration camps, checking their phones and seizing (their) Ukrainian documents,” he added, urging the international community to intervene.

“I call on the international community: put pressure on Russia and its mad leader,” he posted on Facebook.

Separately, Petro Andryushchenko, adviser to the mayor of Mariupol, said residents of the besieged city had been taken to the Russian cities of Tomsk, Vladimir and Yaroslavl.