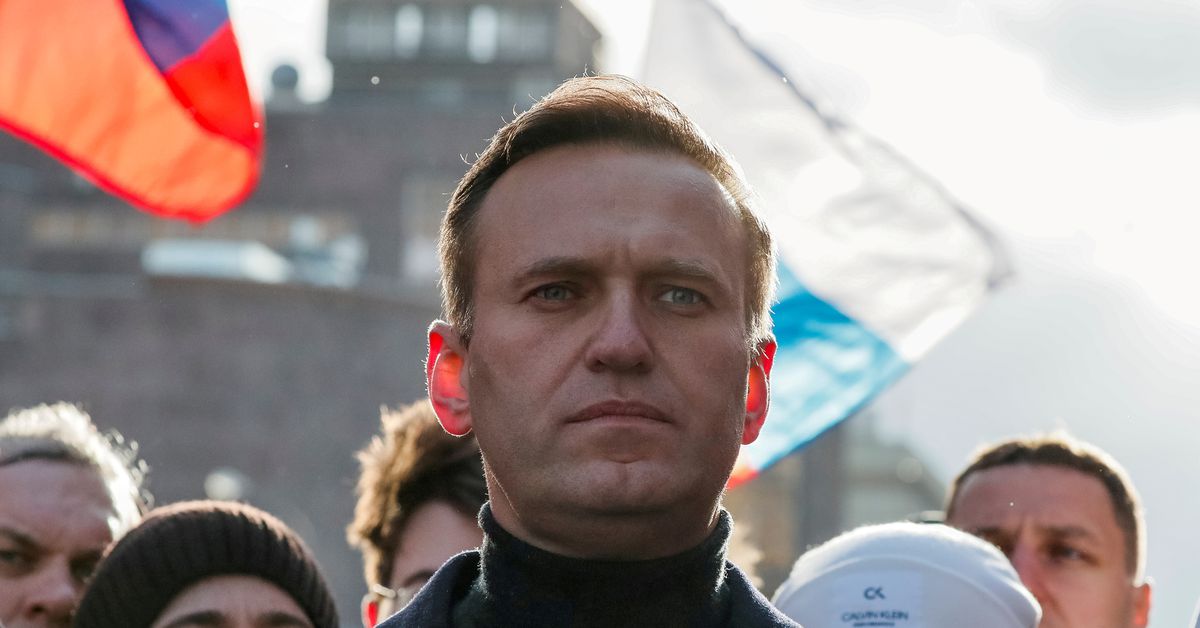 LONDON/WASHINGTON, Aug 20 (Reuters) – Britain and the United States on Friday imposed sanctions on men they accuse of being Russian intelligence agents responsible for the poisoning a year of Kremlin critic Alexei Navalny.

The two countries both targeted seven Russians with sanctions and also issued a joint statement warning Russia against chemical weapons.

Washington separately imposed sanctions on two other men and four Russian institutes it said were involved in chemical weapons research or what it described as an assassination attempt on Navalny.

Navalny was flown to Germany for medical treatment after being poisoned in Siberia on August 20 last year with what Western experts concluded was the military nerve agent Novichok.

Moscow rejected their findings and accused the West of a smear campaign against it.

An updated version of the UK sanctions list released by the government on the first anniversary of Navalny’s poisoning included seven new names.

“Those sanctioned are directly responsible for planning or executing the attack on Mr. Navalny,” a Foreign Ministry statement said.

British Foreign Secretary Dominic Raab said the move was a wake-up call for Russia. “We send a clear message that any use of chemical weapons by the Russian state violates international law, and that a transparent criminal investigation must be conducted.”

Russian Foreign Ministry spokeswoman Maria Zakharova said on social media that “unilateral sanctions are illegitimate because they have not been approved by the UN Security Council.”

“Russia destroyed the arsenal of chemical weapons in accordance with its self-imposed international obligations. The same cannot be said of NATO countries, for example the United States,” he said. she stated.

The sanctions will affect appointees who have overseas assets.

The British document mentioned Alexey Alexandrov, Vladimir Panyaev, Ivan Osipov, Vladimir Bogdanov, Kirill Vasilyev, Stanislav Makshakov and Alexei Sedov. He said they were all members of Russia’s FSB security service and were directly or indirectly involved in the poisoning.

The US Treasury later said it was imposing sanctions on the same seven men and two other Russian officials it said were involved in the poisoning: Konstantin Kudryavtsev and Artur Zhirov.

It also targeted the FSB’s Forensic Institute, a laboratory where most of those involved in the attack worked, and the Russian Defense Ministry’s State Institute of Experimental Military Medicine.

The State Department has also imposed sanctions on two other Russian military scientific institutes involved in chemical weapons, he added.

The British government cited evidence, including telephone and travel records, showing that some of the officers were present in the Siberian city of Tomsk at the time of the poisoning.

For others, he said there were reasonable grounds to suspect that because of their intelligence duties they were “responsible for, supporting or abetting the actions of the officers who carried out the operation “.

Navalny was jailed for a parole violation on what he says were politically motivated charges when he returned to Russia earlier this year from Germany. Read more

“We call on Russia to fully comply with the Chemical Weapons Convention, including its obligations to declare and dismantle its chemical weapons program,” the joint US-UK statement said.

“We remain committed to upholding the global norm against the use of chemical weapons.”