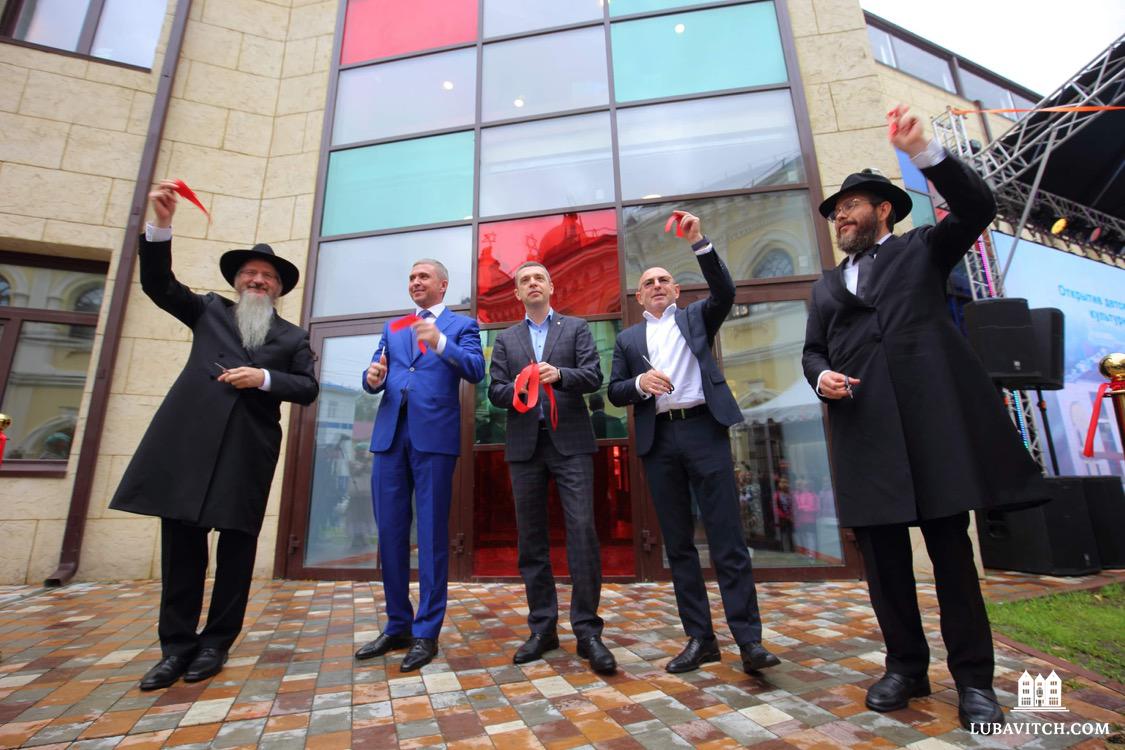 Deep in Siberia, Russia, the city of Tomsk has long been home to a storied Jewish past. With the inauguration of its new cultural and educational center for children on September 12, the city’s Jewish community celebrated a bright future.

Located next to the Choral Synagogue in Tomsk, the new center has twenty-five thousand square feet of modern facilities, making it the largest Jewish educational center east of the Ural Mountains.

The center houses a kindergarten and preschool groups that can accommodate up to fifty children. Additionally, some two hundred local children of all ages will use the facility to learn Russian, English and Hebrew alongside computer science, social studies, chess, drama and music. It is the only building in Tomsk to offer such modern facilities as a robotics laboratory, a pottery workshop and a ping-pong table. For now, these programs remain far from their maximum capacity and registration is open to children from local municipal schools.

The opening ceremony in September marked the first major new construction in a Jewish community that only recently regained ownership of its historic synagogues from the Russian government. The date of the ceremony marked the 120th anniversary of the founding of one of these synagogues, the Choral Synagogue, which is adjacent to the center. The souvenirs carried in the walls of the synagogue tell a story that has made the city of Tomsk a symbol for the Russian Jewish community of the will to remain Jewish against all odds.

Many of the Jews who found themselves in the remote and frigid region of Tomsk and founded the Choral Synagogue in 1902 were former Cantonists. Under Tsar Nicholas I’s Cantonist Decree of 1827, Jewish boys were ripped from their parents’ arms as young as eight years old and forced into brutal Cantonist military schools. There, the Russian sergeants did their best to deprive the young men of their Jewish identity. Jewish Cantonists were generally drafted at a younger age and required to serve longer than other recruits, with the implicit aim of assimilating them into Imperial Russian society. While nearly a third of these boys capitulated to the increasingly brutal pressure to abandon the religion of their fathers, many more clung steadfastly to their Judaism.

Bolshevik authorities confiscated the city’s two synagogues following the rise of communism. After spending the Soviet era as a courthouse, the Choral Synagogue was finally returned to the Jewish community by the Russian authorities in 1999. After a long process of restoration, the synagogue finally reopened in 2010 under the leadership of the local Chabad representative, the rabbi. Levy Kaminetzky. Today, some three hundred worshipers converge there for the major holidays, as Jewish life has begun to flourish again in the city.

The opening of the Children’s Cultural and Educational Center marks an important milestone for the legendary community. About 100 city officials, supporters and residents gathered to celebrate the occasion. chief rabbi of russia Berel Lazar flew two thousand miles from Moscow to witness the ceremony and ritually affixed a mezuzah to the center doorpost. Addressing a large crowd, Rabbi Lazar was surprised to see so many supporters show up at a time when most people are thinking twice about leaving their homes due to the pandemic. “To see so many people coming today is a sign that this center is not only needed but is long overdue,” he said.

Rabbi Alexandre Boroda, president of the Russian Federation of Jewish Communities, hailed the ethical education the school will provide. “Creating a platform for mainstream education, especially when morality and ethics are top priorities, is the best possible investment in our children’s future.”