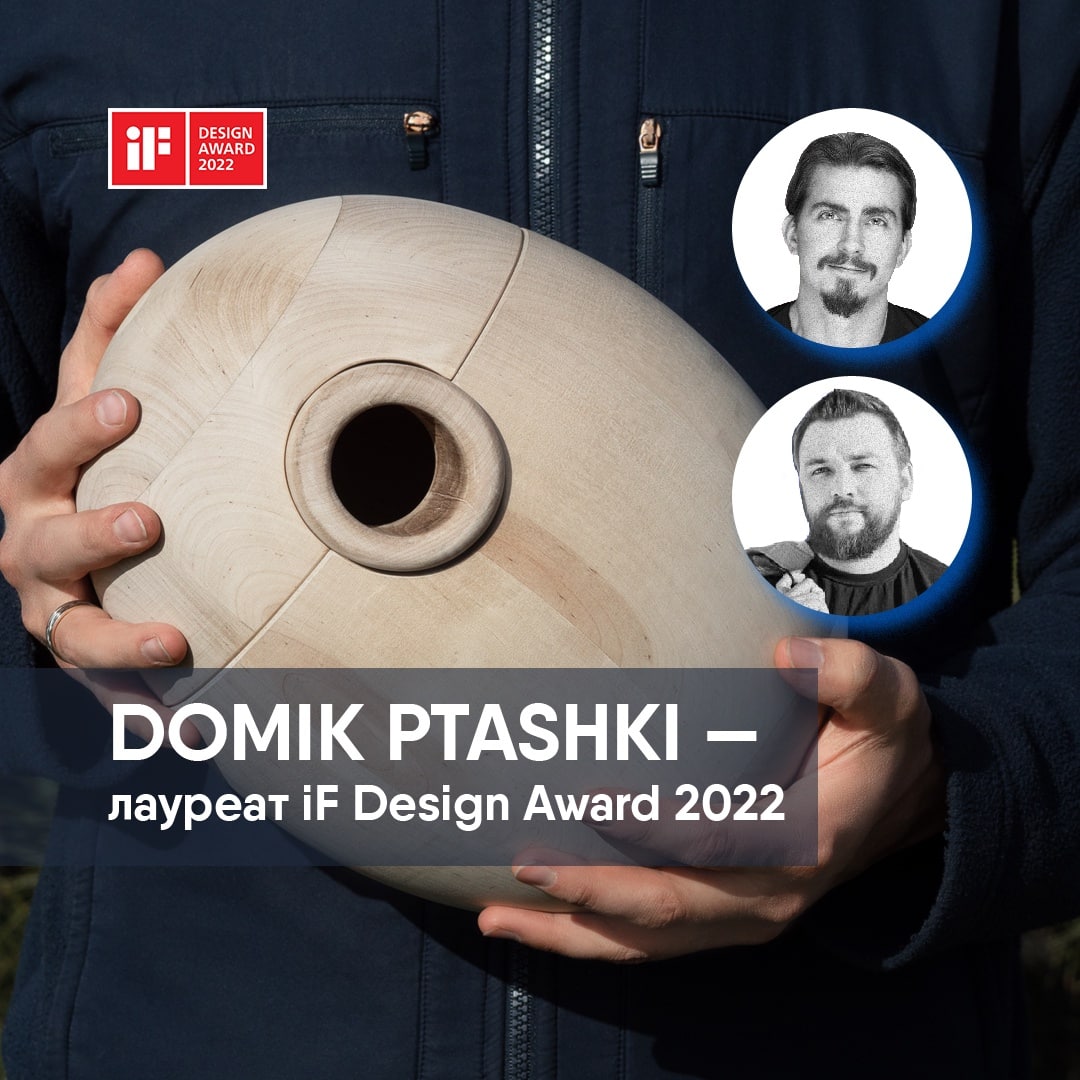 DOMIK PTASHKI is a bird house designed to resemble the natural habitat of birds indoors and outdoors as closely as possible. It looks great in gardens and parks and is resistant to all weather conditions and easy to assemble and maintain. Its designers have only used natural, recyclable materials and preservatives that do not pollute the environment.

In April 2022, the project team learned that the jury had named DOMIK PTASHKI among the winners. Prior to that, in March 2022, the Red Dot Design Award also chose the project as one of the winners, but decided not to award them the prize.

“I didn’t expect anything after the Red Dot Design Award. It’s amazing to get two international awards at the same time. I was very grateful to our colleagues at iF Design Award for their unbiased review. The great story of our project has only just begun”, comments Viktor Klimenko, director of the Siberian Design Center.

“The Red Dot and the iF Design Award are well-known and internationally recognized awards with a history and an audience. Russia is a developing design market and therefore attaches great importance to every international mention – it means that we have been recognized by experts. Any reward is for us an important point in our development”, adds Igor Dydykin, founder of Dydykin Studio.

Currently, the project team has another goal in mind: to build birdhouses. Initially, the majority shareholder was to be a Dutch company, but now the future of the project is unclear. For now, the team is figuring out manufacturing logistics, hoping to minimize production costs.

“All the manufacturing steps are carried out in Tomsk. It is very important that DOMIK PTASHKI is fully functional, even though it is primarily a collector’s item. Practice demonstrates that any work that has received almost all international awards becomes an object of speculative interest for design connoisseurs. We already have requests from international design museums who wish to add DOMIK PTASHKI to their collections. I think they will receive the first batch of our birdhouses, which will promote Russian design in general,” says Viktor Klimenko.

/Public release. This material from the original organization/authors may be ad hoc in nature, edited for clarity, style and length. The views and opinions expressed are those of the author or authors. See in full here.
2022-04-29
Previous Post: Navalny Foundation lists Putin’s 6,000 bribe takers and warmongers
Next Post: A digital twin is being created for the Russian reactor BREST-300