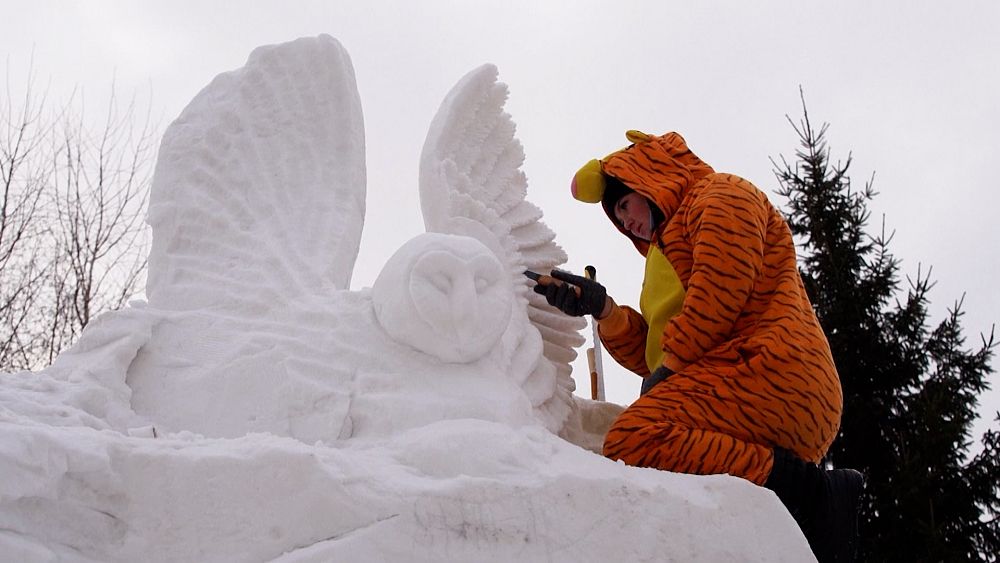 The giant snow sculptures of Russia take part in the festival

Artists and sculptors traveled thousands of miles to Novosibirsk in Russia for this year’s Siberia Snow Sculpture Festival.

Twenty-seven participants – including twelve schoolchildren – carve, slice and mold huge blocks of snow to create ice sculptures for the annual competition which will be judged this weekend.

Each team of two or three participants has four cubic meters of snow to work with.

Shovels, saws and knives are used in the process, but often carvers use homemade tools.

According to the city government office, people of more than 130 nationalities live in the Novosibirsk region.

In the sculptural compositions, the artists are invited to reflect the beauty and the fundamental values ​​of the different nations of Siberia: from antiquity to modern times.

The themes used by the carvers are based on the legends, myths and beliefs of the local people.

A jury of architecture and design professionals will announce the winners on January 8. The three winning teams will each receive a cup.

The sculptures will remain on display until the end of January.