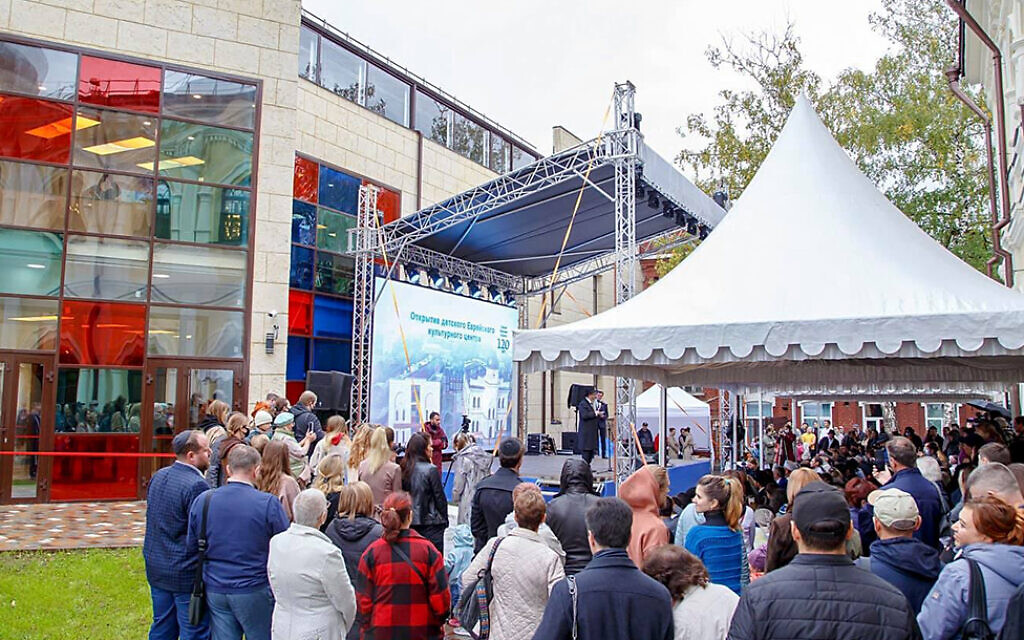 JTA — A century ago, the Communists closed the synagogues of Tomsk, one of the oldest cities in Siberia.

It was a painful blow, especially for the local community of Jewish cantonists – former soldiers who had been recruited against their will or kidnapped into the Russian Tsar’s army and forbidden to practice their faith. After many years of forced service and persecution, many returned to Judaism in Tomsk, a city of about 500,000 people.

This week, local Jews feel a circle has been closed as the city opened a center for Jewish education, the largest currently in Siberia – the region of Russia east of the Eastern Mountains. Urals and which welcomed tens of thousands of Jews.

The building, which has a floor area of ​​about 25,000 square feet, was opened on Sunday with the help of leaders of the Chabad-Lubavitch Hasidic movement. The festive ceremony was attended by about 400 people, including Russian Chief Rabbi Berel Lazar, who came from Moscow, located about 2,000 miles west of Tomsk.

The new center, where 200 Jewish children will attend various courses and workshops, includes a kindergarten with three classes of children. With 15 children per class – half the average for public kindergartens – it is the only Western-style institution in the city of 500,000, with a robotics laboratory, modern furniture, pottery workshops and table tennis stations.

A view of the main prayer hall of the Great Synagogue in Tomsk in January 2018. (Cnaan Liphshiz/ JTA)

The 200 Jewish children attending the new educational center is only a fraction of the building’s capacity, he added. The building will also be open to non-Jews who wish to enroll their children in extracurricular activities.

Jewish communities in Siberia with educational centers include Novosibirsk and Krasnoyarsk, but these, also run by Chabad-affiliated communities, are much smaller.

Tomsk is symbolic to many Russian Jews for its Cantonist community, which has become an icon of the determination of many Jews in Russia to adhere to their faith and culture, despite centuries of oppression, culminating in anti-Semitic persecution. during communism.

The purchase and restoration of Jewish heritage sites in Tomsk has been ongoing since 1999, when the government returned one of the buildings that had served as a synagogue to the Jewish community. 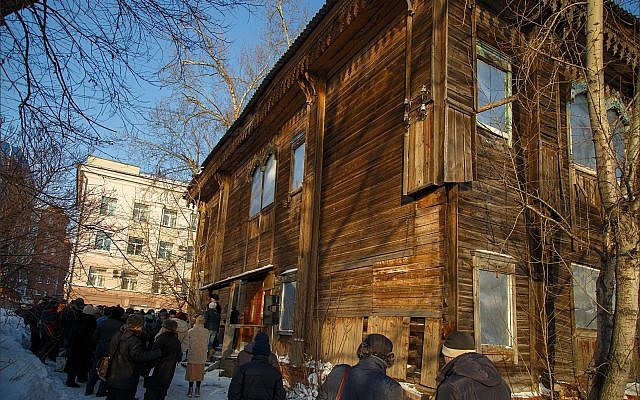 Exterior of the Cantonist Synagogue which was returned to the Jewish community of Tomsk. (Courtesy of Chabad of Tomsk)

In 2018, the city then handed over the Soldiers’ Synagogue, a dilapidated wooden structure that cantonists opened about a century ago because they felt unwelcome inside the established community’s synagogue. .

Efforts to restore this synagogue, which the Cantonists built themselves by hand, carving Star of David reliefs and other ornaments into the wood, are ongoing.

During a global pandemic, a small country produces research that helps guide health policy around the world. How effective are COVID-19 vaccines? After the first two injections, does a third dose help? What about a fourth?

When The Times of Israel began covering COVID-19, we had no idea our little beat would become such a central part of world history. Who could have known that Israel would be the first at almost every step in the history of vaccination – and generate the research so urgently needed today?

Our team covered this story with the rigor and precision that characterize Times of Israel reporting on all topics. If it is important to you that this type of media organization exists and thrives, I urge you to support our work. Will you join the Times of Israel community today?

Are you serious. We appreciate that!

We’re really glad you read X Articles from The Times of Israel over the past month.

That’s why we come to work every day – to provide discerning readers like you with unmissable coverage of Israel and the Jewish world.

So now we have a request. Unlike other media, we don’t have a paywall in place. But since the journalism we do is expensive, we invite readers to whom The Times of Israel has become important to support our work by joining The Times of Israel community.

For just $6 a month, you can help support our quality journalism while benefiting from The Times of Israel WITHOUT ADVERTISINGas well as access to exclusive content available only to members of the Times of Israel community.