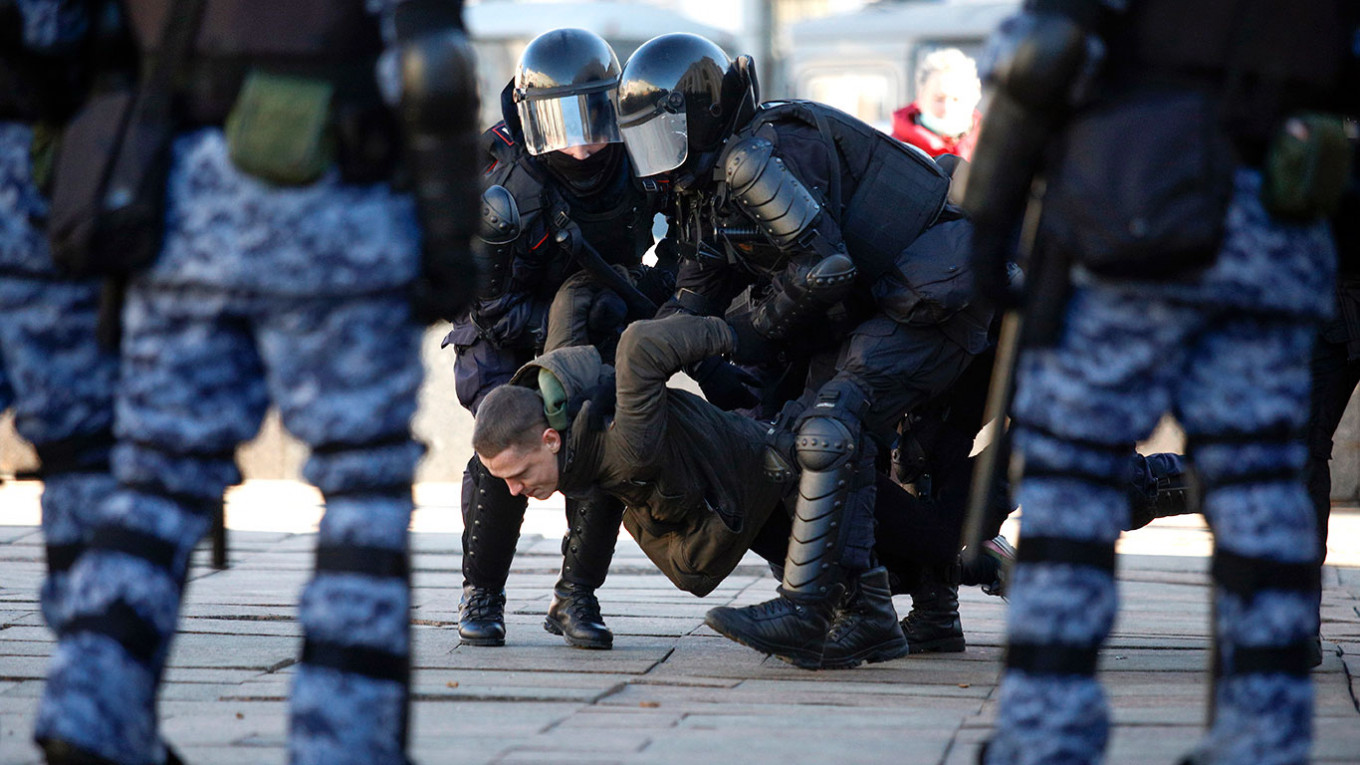 One of Russia’s oldest universities to expel at least 13 students detained during anti-war protests that have erupted across the country in recent weeks, according to business daily Kommersant reported Wednesday.

The prestigious St Petersburg State University is expected to draft further expulsion orders for students after continued protests against Russia’s invasion of Ukraine this week.

“I’m not going to give you hope, these students are doomed,” Mikhail Mochalov, president of the university’s student council, was quoted in a student chat room on Sunday.

Mochalov said the university’s vice-rector allegedly cited an unknown letter from the Interior Ministry as the “indisputable basis” for the students’ expulsion.

One of the students believed to be targeted for expulsion is Veronica Samusik, who covered the rallies as a reporter for the online publication Sota.Vision.

The university did not say whether the fact that Samusik was on assignment wearing a “Press” vest and carrying a press card would affect its decision to expel him, Kommersant reported.

Lawyer Anastasia Burakova called the students’ planned expulsions a “direct violation of the presumption of innocence”.

“This is a purely repressive mechanism,” Kommersant said quoting Burakova.

Nearly 14,000 anti-war protesters have been arrested since President Vladimir Putin ordered an unprovoked invasion of Ukraine nearly two weeks ago on February 24.