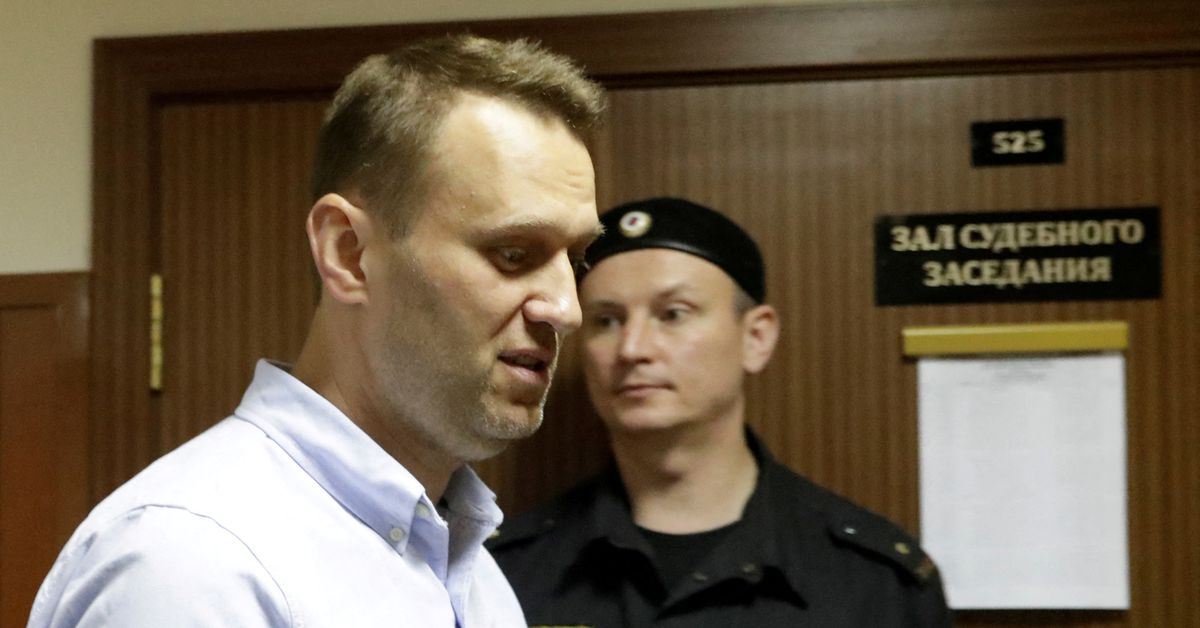 Russian opposition leader Alexei Navalny arrives for a hearing for his appeal at a court in Moscow, Russia June 16, 2017. REUTERS/Tatyana Makeyeva/File Photo

Russian authorities have in recent months cracked down on groups affiliated with Navalny, 45, known as President Vladimir Putin’s most vocal critic. He is serving two and a half years in prison for parole violations related to a fraud case he says was politically motivated.

In June, a Russian court ruled that Navalny’s anti-corruption foundation was “extremist”.

Then, after his allies coalesced around a new network of organizations set up for Russia’s September parliamentary elections, authorities began investigating campaign staffers on the same charges of extremism.

On Tuesday, state investigators arrested the former heads of the provincial election headquarters in the Siberian cities of Tomsk and Irkutsk for questioning, Leonid Volkov, an exiled Navalny ally, wrote on the messaging app. Telegram.

Volkov said he tried to persuade the two activists, Kseniya Fadeyeva and Zakhar Sarapulov, to leave Russia, as he and a number of other dissidents did, but they refused.

The Commission of Inquiry, the state body responsible for investigating crimes and filing complaints, could not immediately be reached for comment on the case.

Navalny was flown to Germany last year for medical treatment after being poisoned in Siberia with what Western experts concluded was the military nerve agent Novichok.

The Russian government has denied being behind the poisoning and dismissed the experts’ findings – which prompted a new wave of sanctions against Russia – and accused the West of waging a smear campaign against it.