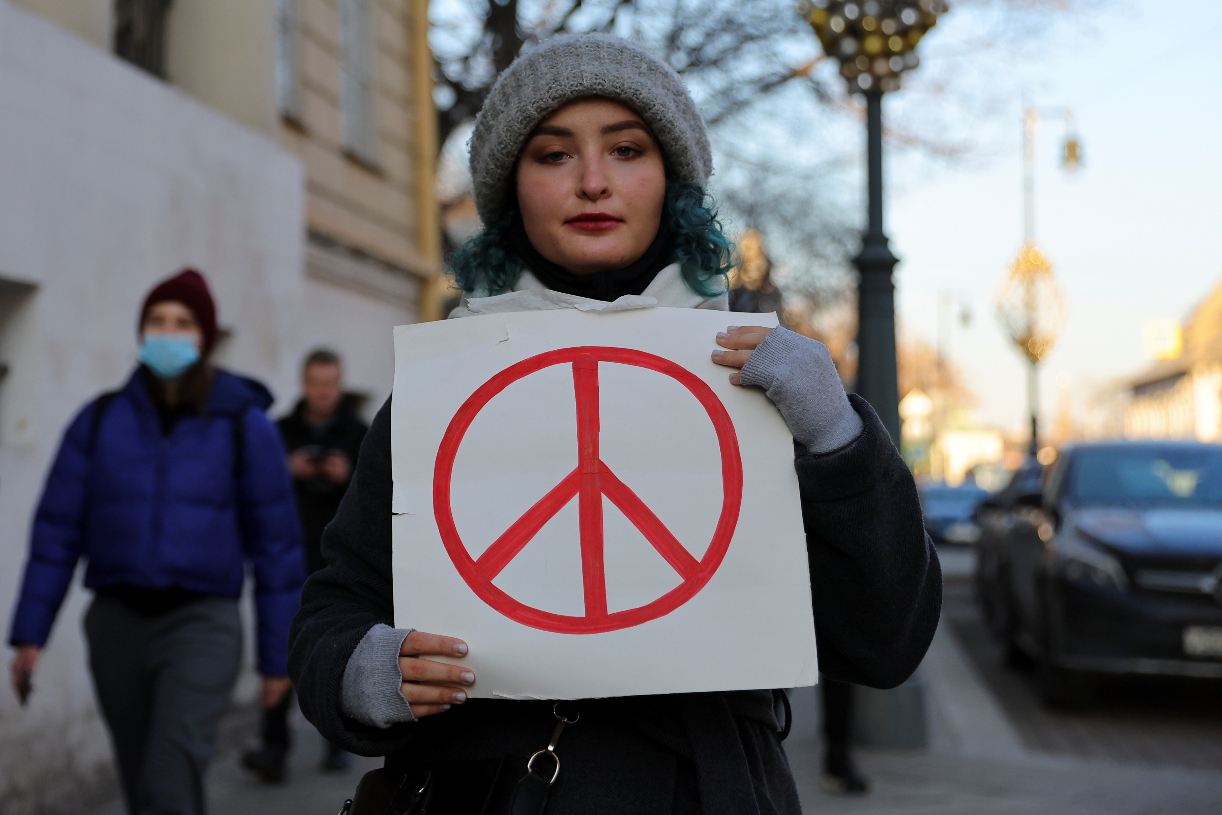 The Russian opposition movement Vesna (Spring) has called for demonstrations against Putin’s 7 p.m. mobilization order in the central squares of all major Russian cities. “Thousands of Russian men – our fathers, brothers and husbands – will be thrown into the meat grinder of war. Why will they die? Why will mothers and children shed tears? the group wrote in a statement on Telegram. “The protests are just the beginning. We are convinced that the mobilization decision could be the end of this government… everything is in our hands.

“It is clear that the criminal war is getting worse, deeper, and Putin is trying to involve as many people as possible in this,” jailed Russian opposition leader Alexei Navalny said in a video statement, according Reuters. “He wants to smear hundreds of thousands of people in this blood.” There are reports of small numbers of protesters being dispersed or detained today in the cities of Tomsk, Novosibirsk and Krasnoyarsk, although it is unclear how widespread these actions are currently.

Polls over the past six months have shown that Russians continue to overwhelmingly support Putin and the Russian military effort in Ukraine. There is little indication that Putin’s speech on Wednesday altered these underlying dynamics. Moscow cracked down on wartime dissent in the months after the Russian invasion, criminalizing the spread of “false information” about the Russian military and hardening its controversial “foreign agent‘ right. Thousands arrested in previous anti-war protests in Russia, watchdog says OVD-Info.

Putin on Wednesday ordered the partial mobilization of the Russian army following Russian setbacks in the Russian-Ukrainian war. “I repeat, we are talking about partial mobilization, that is, only citizens who are currently in the reserve will be subject to conscription, and most importantly, those who served in the armed forces have a certain military specialty and relevant experience,” he said. said. Russian Defense Minister Sergei Shoigu said 300,000 qualified reservists will be called up, adding that students and those already serving as conscripts will not be deployed to Ukraine. Shoigu said just under 6,000 Russian troops have been killed since the conflict began, a figure that falls well below Western and Ukrainian estimates.

The Kremlin halted before a large-scale mobilization and full transition of the economy to a war footing, which experts say would be wildly unpopular in Russia’s major population centers.

Mark Episkopos is a national security reporter for the National interest.