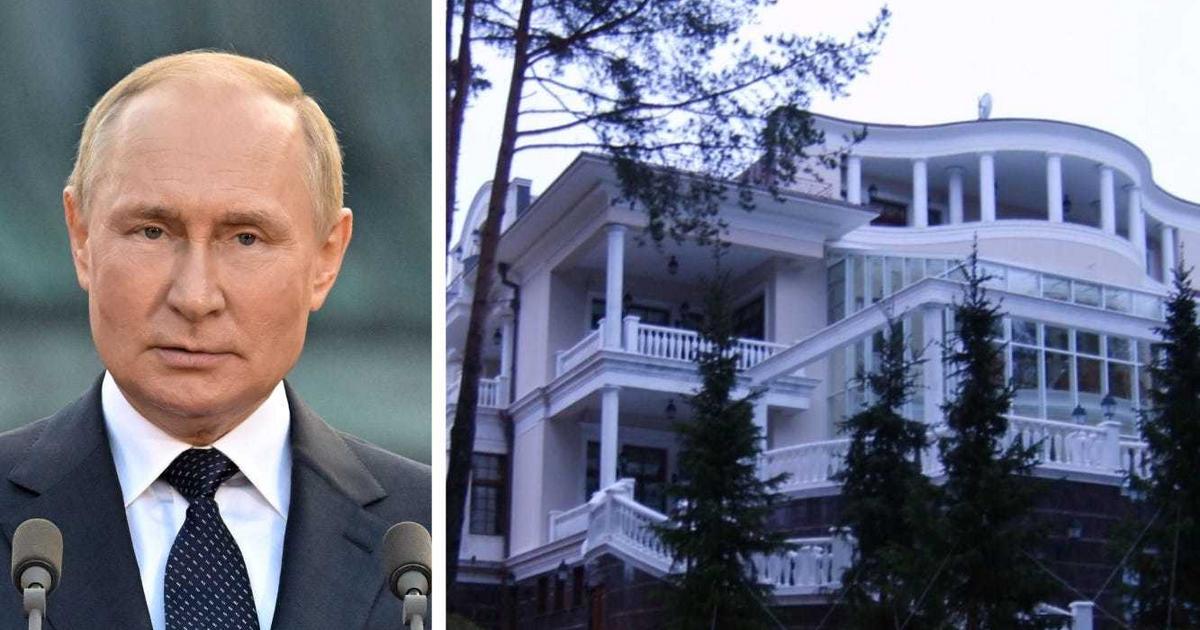 According to freelance journalist Farida Rusamova, who cited three sources familiar with Putin’s schedule, the Russian president visited his vacation home on Wednesday.

He rests his “body and soul” in the luxury resort, located in a forest, Rusamova said in a Telegram post.

MailOnline Reports that it has a three-story spa, with a floating pool and mud bath, as well as a personal beauty salon.

There is little publicly available information on secret ownership, but according to the Anti-Corruption Foundation, which was founded by imprisoned Russian activist Alexei Navalny, the residence is Putin’s favourite.

Navalny’s organization complaints that the property is partly owned by Yuri Kovalchuk, the billionaire described as Putin’s personal banker.

Rusamova said Putin intended to stay at the compound at least until next Thursday. The journalist also claimed that the president had pre-recorded several videos of meetings, which Russian state media intend to broadcast sporadically throughout the week, in an attempt to hide his absence from the public.

Rusamova said Putin left for his palace on the day a video came out, showing him announcing a partial military mobilization on Wednesday.

Widespread protests erupted across Russia after Putin announced that 300,000 reservists would be ordered to fight in the country’s war against Ukraine.

Hundreds of Russians, including girls as young as 14, have been arrested taking part in unauthorized gatherings, banned by Russian law, according reports. OVD-Info said 724 people were arrested in 32 different cities on Saturday, by BBC News.

Editor’s Correction: Insider first misidentified the palace as another of Putin’s secret palaces, located near Gelendzhik, Russia. Images have been edited accordingly.

2022-09-26
Previous Post: Russia’s Tomsk region reaches out to improve Azerbaijan and Middle Corridor trade
Next Post: According to the OECD, the war in Ukraine will have a greater than expected impact on the world economy