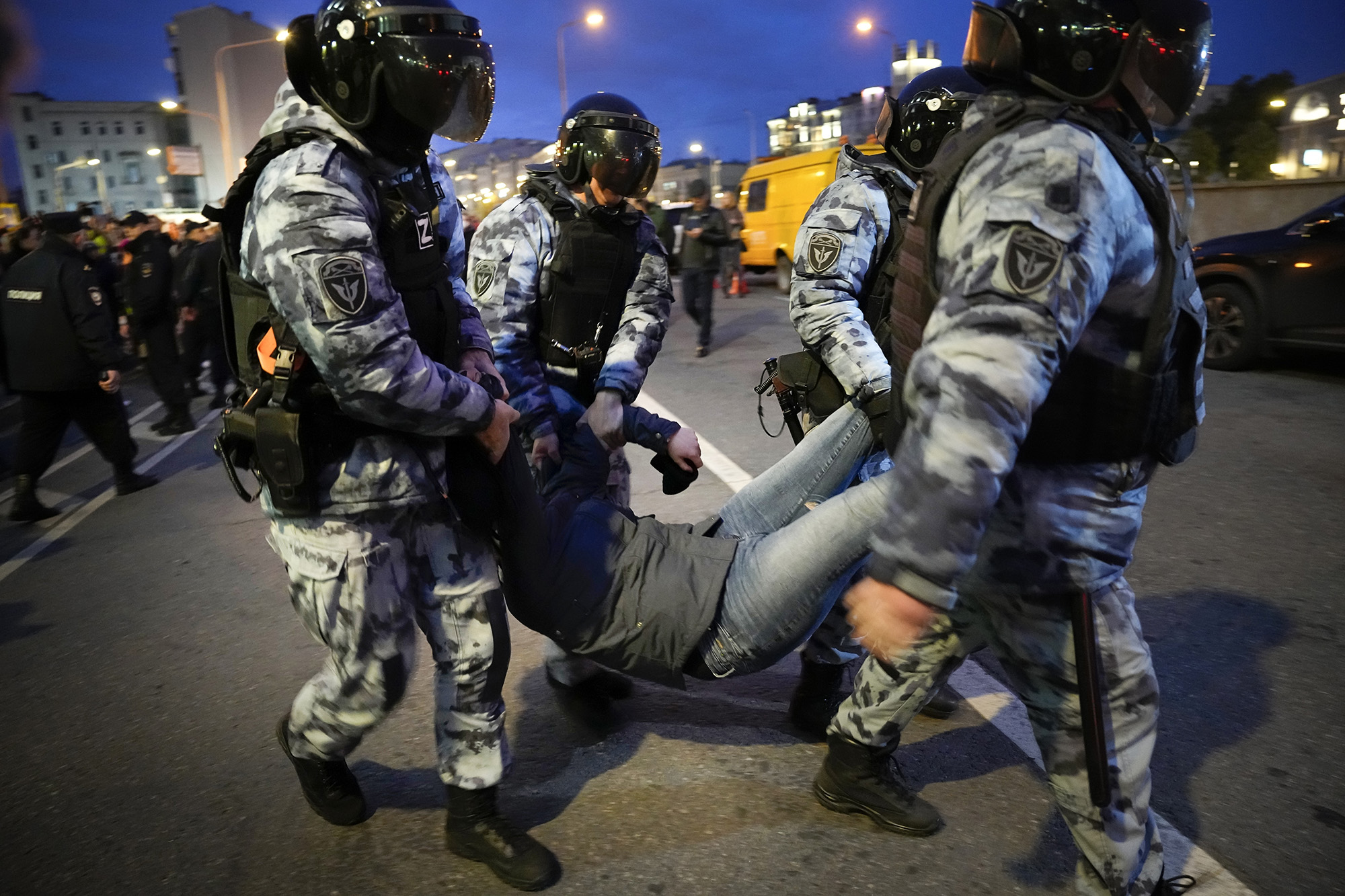 At least 1,045 people have been arrested across Russia in a crackdown on anti-war protests in two dozen cities across Russia, according to independent monitoring group OVD-Info on Wednesday.

The Moscow prosecutor’s office issued a statement on Wednesday warning citizens against participating in the protests, threatening them with up to 15 years in prison.

Nearly 100 people were arrested in St. Petersburg on Wednesday after President Vladimir Putin announced a partial mobilization to increase troop readiness for the war in Ukraine.

Videos from Moscow show several protesters being led away by police during a demonstration in the center of the city.

A video posted by a reporter for Moscow-based internet publication The Village shows dozens of people on Arbatskaya Street chanting “Let him go” as a man is carried away.

There was also video from the city of Yekaterinburg of a struggle between police and protesters.

As of 8 p.m. Moscow time, 535 people had been arrested in 30 cities across Russia, according to OVD-Info.

Most protests appear to have attracted a few dozen people.