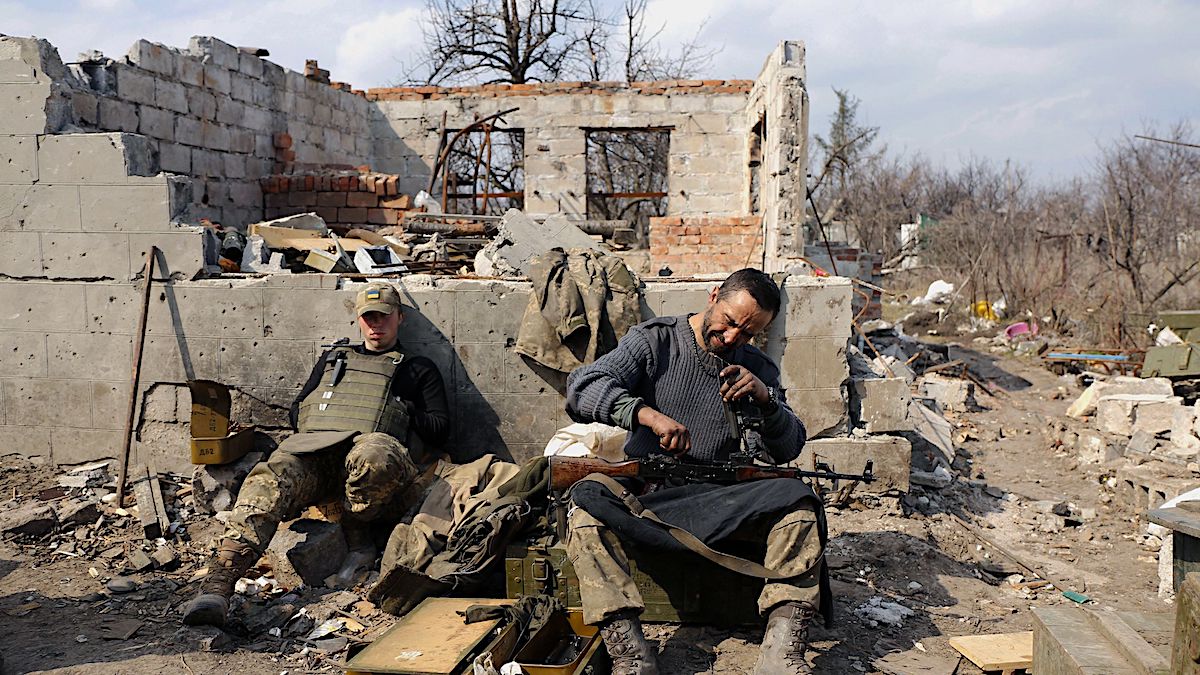 🔘 President Volodymyr Zelensky spoke by video to the US Congress. Ukraine’s leader said Russian troops fired about a thousand rockets and “countless” bombs into Ukraine. He called for the creation of a humanitarian no-fly zone over the country. Russia will therefore not be able to launch missile and bomb attacks on cities. If it is impossible to create a no-fly zone, Zelensky offered to supply Ukraine with anti-aircraft systems, in particular the S-300. Ukraine’s leader said all American companies should leave Russia and proposed the creation of the U-24 (United for Peace) association, which would bring together states “having the strength and conscience” to stop disputes within 24 hours.

Russian President Vladimir Putin addressed the heads of the republics of the Russian Federation. Briefly on what Putin said:

– In the foreseeable future, the pro-Nazi regime in kyiv could obtain nuclear weapons, the target would be Russia.

— Kyiv sabotaged the peaceful settlement of the crisis.

“The operation is going well, strictly according to plan.

– kyiv’s attack on Donbass and Crimea was only a matter of time, Russia prevented it.

– The strike of Ukrainian troops “Point U” on Donetsk on March 14 was a bloody act of terrorism.

— Many years of teasing the people of Donbass could not be tolerated.

– All the tasks set in the special operation will definitely be solved.

– Putin compared the actions of the authorities in kyiv with the attempts of the Nazis to cause as many casualties as possible before the defeat.

– The appearance of Russian troops near kyiv and other Ukrainian cities is not connected with the desire to occupy Ukraine, Russia has no such goal.

– We will not allow Ukraine to serve as a springboard for aggressive actions against Russia.

– Western patrons are pushing kyiv into a bloodbath by supplying weapons and mercenaries.

– A network of dozens of laboratories operated in Ukraine, where military biological programs have been carried out under the direction and financial support of the Pentagon.

The West tries to convince its citizens that their difficulties are the result of Russia’s actions, but that is a lie.

– If Russian troops stopped at the borders of the Lugansk and Donetsk people’s republics, this would not be the final decision, it would not eliminate the threat to Russia

– In fact, the US and the EU have failed Russia.

– By trying to “cancel” Russia, the West has torn off all the masks of decency.

Video: During his speech, Zelensky showed a video about how Ukrainian cities have changed since the start of the war – Ukraine 24/7

🔘 Ukraine and Russia have made “meaningful progress” on a 15-point interim peace plan, including a ceasefire and the withdrawal of Russian troops, subject to Ukraine’s neutrality and the adoption of certain “limitations” on their armed forces. It is reported by Financial Time, citing sources.

🔘 Ukrainian President Volodymyr Zelensky’s senior adviser, Mykhailo Podolyak, said in an interview with the Financial Times that a precondition for the deal, one way or another, would be the return of territories seized from the start. of the invasion on February 24. We are talking about the southern regions along the Sea of ​​Azov and the Black Sea, as well as the territory east and north of kyiv.

🔘After the publication of the Financial Times article, Mikhail Podolyak denied the settlement plan presented therein, calling it “nothing more than a project”

🔘Podolyak said that documents are being prepared for direct negotiations between Zelensky and Putin.

🔘Ukrainian media reports that kidnapped mayor of Melitopol, Ivan Fedorov, has been released from Russian captivity and is safe.

Video: Destruction in Kharkiv after the bombings – UNIAN

🔘The EU has connected Ukraine to its electricity grid. From now on, energy will flow from Ukraine to the EU and vice versa through the energy system of continental Europe, instead of that of Russia. European Commission chief Ursula von der Leyen said the move would “keep homes light and warm in these troubled times”.

🔘This week, the United States will transfer $1 billion in military aid to Ukraine. It includes 800 air defense systems, including various modifications of the S-300 systems, the Osa air defense system, 9,000 anti-tank systems, Switchblade 300 and Switchblade 600 kamikaze drones, 7,000 small arms, 20 million ammunition. In addition, according to CNN, the states plan to significantly expand the list of sanctions against Russia, taking into account Zelensky’s proposals.

Photo: Russian planes bombed the Mariupol Drama Theater building. According to Ukrainian media, civilians were hiding in the theater – UNIAN

🔘Russian Senator Klishas said that now, instead of the ECHR, Russians will be able to seek protection of rights from the Russian Constitutional Court

🔘Head of Tatarstan Rustam Minnikhanov announced that a large KAMAZ truck factory is facing a 40% reduction in production. 15,000 employees could be idle due to component shortages

🔘The Russian LDPR party plans to submit to the State Duma for discussion a referendum initiative to restore the death penalty for the most serious crimes.