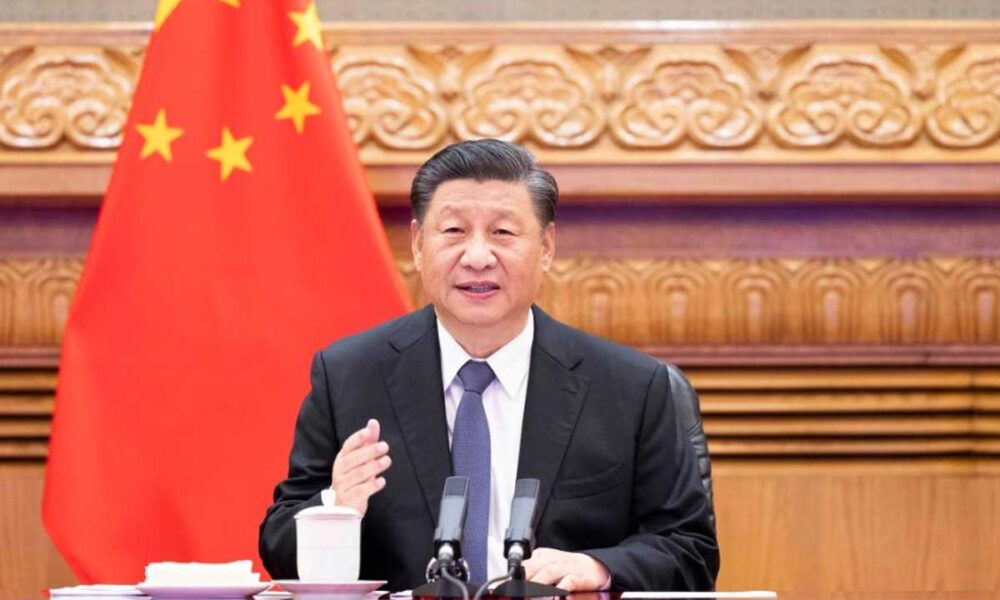 As Russia’s invasion of Ukraine continues, China’s position has been firmly brought to light. With the war lasting longer than expected, Beijing finds itself even more stuck in an increasingly difficult position.

Namely, the invasion offers lessons on how the West might respond to China’s potential military expansionism in its own neighborhood. Meanwhile, the geopolitical weight of China and above all its growing partnership with Russia have made Beijing a potential broker.

So far, China has refrained from condemning Russia’s actions while avoiding any direct mention of the conflict as an invasion. Beijing also underlined its negative approach to the sanctions regime imposed on Russia by the West. China’s position is based on a decades-long expansion of bilateral relations with Moscow, exemplified by lofty declarations and ambitions communicated in a joint statement on the new era of international relations at the Beijing Olympics.

The support came officially too. China abstained to vote on a UN Security Council resolution condemning Moscow’s actions. China was also one of only five states that detention to condemn Moscow’s aggression in the United Nations General Assembly. Yet these developments came at the very beginning of the Russian invasion. At this stage, the extent to which Russia was unprepared to subjugate Ukraine was unclear. As such, many assumed that the conflict was unlikely to last more than a few days and that Russia would be the clear winner.

The ideal scenario for China would have been a quick Russian operation with quick results that would appear more like a fait accompli to the West and dilute the latter’s ability to mount coordinated sanctions and foreign policy responses. A quick victory may be what Putin expected when he probably made Xi Jinping was aware of his military ambitions before the invasion. On the contrary, Putin’s army has been bogged down in the Ukrainian plains, frustrating Moscow’s goals and perhaps also Beijing’s expectations.

Although China insisted on describing as relations with Russia are “ironclad”, gradual changes in the Chinese perception of the conflict are nonetheless taking place. On March 9, the Chinese Red Cross announcement it would provide $791,000 in humanitarian aid to Ukraine. Moreover, the insistence on the need to cease hostilities and to enter into negotiations has rather obviously increased in the Chinese official rhetoric.

As the war continues and Russian military atrocities mount, China has good reason to feel uneasy about its image. At present, it is seen in part as the country that failed to prevent the invasion and the deaths of thousands of Ukrainians, especially as Chinese officials remain publicly ambivalent about the war. . Russia’s adventurism presents real foreign policy dilemmas and threatens to irreparably tarnish Beijing’s image as an accomplice of the aggressor. As the war drags on and Russian actions become increasingly brutal, criticism directed at Beijing will inevitably grow stronger as well.

Yet even these concerns were not enough to trigger a major shift in foreign policy. According to Beijing, Russia has legitimate security concerns that need to be addressed. It thus echoes similar grievances China has regarding US involvement in the South China Sea and its immediate vicinity. But Beijing has hardly chosen a side. For example, with Russian military and economic allegations requests towards China, it is still unclear whether it has been addressed by Xi’s government. At least in one case, Moscow was refuse at his request for spare aircraft parts.

In the long run, however, Russia’s invasion of Ukraine is a development that can benefit China. The West is mired in conflict with Russia and currently has little time and energy to focus on China and the wider Indo-Pacific region.

For China, this is the second great opportunity presented to it in the last 20 years. At the turn of the century, America was distracted by terrorist threats and concerns in the wake of 9/11, which later manifested in an entrenched military presence throughout the Middle East and nation-building in Iraq. . Amid this hyperfocus on the Middle East, it would be more than a decade before Washington would begin to adjust its focus on China again.

With Russia’s military adventurism, Beijing is now being offered a new opportunity to fly under the radar. The focus on Ukraine provides respite to mobilize its resources and prepare for future economic and, potentially, limited military confrontation with the United States and its Asian allies. This could explain China’s vocal defense of its neutrality. The longer the tensions drag on, the more opportunity China has to raise its international profile and keep the United States at bay.

Specifically, the West’s response to Russian aggression is a valuable lesson for Beijing about what might follow if the “Taiwan issue” were to be resolved forcefully. China would likely face intense economic pressure through sanctions and the growing US military presence near its borders. Washington’s Asian allies and partners could step up their security and military cooperation via QUAD and AUKUS.

The war is also a good experience for China because the country, like Russia, seeks to change the current world order and has territorial disputes with neighboring countries. China understands that changes in the world order do not occur just because a rising power upsets the existing balance of power due to its growing economic and military weight. For the rise to be successful, the rivals must also keep fighting. The United States would not be able to rise to world power status as quickly and effectively as it did in the 1940s if the Europeans had not been undermining each other. . Similarly, the Russian-Western crisis, especially in the economic field, dilutes the strength of the West and ultimately helps China.

Whatever the results of Russian aggression, many facets of the Beijing-Moscow axis are unlikely to remain unchanged. One is a military dimension where Putin must feel uncomfortable knowing that Xi now has little regard for Russia’s military effectiveness and the Kremlin’s ability to resist Western pressure. This would again tip the balance of bilateral relations definitively in favor of China. Beijing could count on increased support from Russia, while Moscow will be increasingly unable to resist Chinese demands to sell its cherished military technology. China could also target broad Russian concessions in the security of Central Asia where Beijing has made inroads in the security zone.

Changes are also to be expected in the economic field. As sanctions pressure Russia, Moscow’s pivot to Asia will become more pronounced. Kremlin-linked analysts could be trying to find a positive turn to the crisis in relations with the West, but political dependence on China will only grow. It will be at the expense of Russia to maintain balance in its relations with Beijing.

Moreover, even if Russia accepts its subordination to Beijing, China may still be reluctant to help Russia financially for fear of sanctions. China’s international payment system will also not be of much use, at least for now, as it depends on SWIFT. Infrastructure projects in northern Russia where Beijing has had an interest in funding the expansion of the Northern Sea Route could also be blocked.

The great dilemmas of Beijing

However, China also sees that while US engagements in the Middle East have caused rifts in Western unity in previous decades, Russia’s reckless actions now could push Western institutions and major powers to act in unison in all contexts. The revitalization of Western unity is what Beijing fears most, because divisions in the Euro-Atlantic alliance have been the crucial factor that has allowed China to wedge itself into the European economic market and sow differences between the EU and the United States.

With a strengthened and unified stance on Russia, China now fears that a revitalized collective West will also adopt a more assertive stance against China. More importantly, this follows China’s recent stumbles in Eastern Europe, with NATO and the EU framing China as a separate geopolitical challenge.

Russia’s invasion also tears apart what is most dear to China, at least officially – the Westphalian principles of non-intervention in another country’s internal affairs. Beijing must now meet this challenge with its close relations with Russia. It threatens China’s prestige as the champion of a new, fairer world order and, worse, threatens to erode the facade of its neutrality and hands-off economic diplomacy.

In the end, Moscow’s aggression puts Beijing in a difficult position. He doesn’t want to see Russia lose the war, because that will strengthen the West. Beijing also fears the conflict could escalate into a broader global confrontation given the potential for a security and economic return it could not escape. Amid these considerations, a continued, long-term stalemate between Russia and the West that does not escalate into a “hot war” would be very beneficial for China, giving it breathing space to adjust to new geopolitical realities. while the United States focuses on remote regions of the Indo-Pacific.

2022-03-23
Previous Post: Best Nuclear Engineering Colleges In Russia
Next Post: TSU will collaborate with a major university in Malaysia