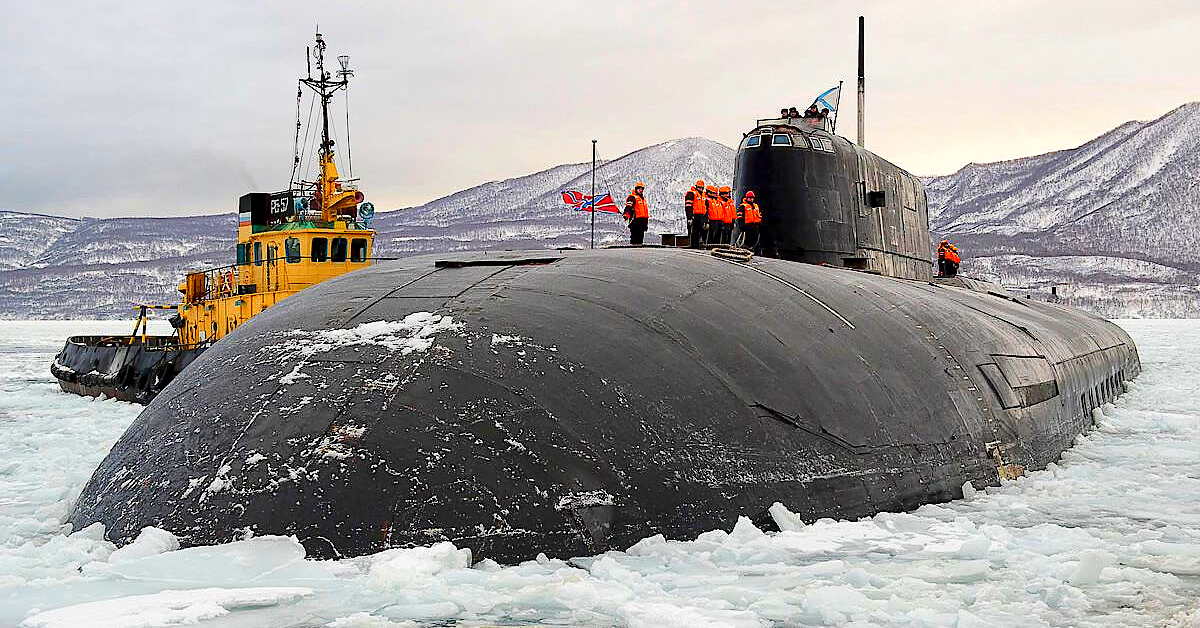 The Russian Navy ordered a modified version of the Soviet product Oscar IIguided cruise missile submarine. Considered by many to be an advanced “doomsday” ship, it is capable of launching the Poseidon nuclear torpedo, which is armed with a warhead of up to 100 megatons.

The submarine was built by Sevmash Shipyard, in the port city of Severodvinsk. Built under project 09852 and designated K-329 Belgorod, the ship is the longest in the world and weighs about 30,000 tons. It was designed to accommodate six Poseidon nuclear torpedoes, which have unlimited range.

Construction of the Belgorod was completed in 2019, with the ship rolling out of the shipyard later that year. After undergoing secrecy sea trials Main Directorate of Underwater Researchthe submarine was delivered to the headquarters of the Russian Navy’s Northern Fleet on July 8, 2022, according to the Russian State News Agency, CASS.

The Main Underwater Research Directorate, known as Glavnoye Upravleniye Glubokovodnykh Issledovaniy (GUGI) in Russia, operates from a remote base on the Kola Peninsula in the Barents Sea. The Belgorod joined the program as part of its 29th Submarine Division.

According A declaration of the head of the Russian Navy Adm. Nikolai Anatolyevich Yevmenov, the ship was built for search and rescue purposes:

“The Belgorod submarine opens new opportunities for Russia in conducting various research, allows conducting various scientific expeditions and rescue operations in the most remote areas of the world ocean. The ship is designed to solve various scientific problems, conduct search and rescue operations, and can also be used as a deep-sea rescue and unmanned autonomous underwater vehicle carrier.

Despite these claims, Western powers fear Belgorod could be used to sabotage undersea cables. Concerns about a nuclear war have also arisen, following repeated threats from Russian officials over their opposition to the Russian-Ukrainian war.

As mentioned above, the submarine was built to carry the 80-foot Poseidon nuclear torpedo, officially known as the 2M39 Status-6 Oceanic Multipurpose System. Considered both a torpedo and an unmanned vehicle, the Poseidon can be launched against enemy shores, destroying coastal towns with both an explosion and the creation of large tidal waves.

The torpedo, which was first revealed in 2015, also has the ability to devastate coastal areas through “radioactive contamination, rendering them unusable for military, economic or other activity for a long period of time,” according to a translation of a Russian presentation captured on video by the BBC.

It is for this reason that the Belgorod was presented as an “apocalyptic” ship.

More about us: Why were the pigeons on board the first American aircraft carrier?

In addition to being equipped with Poseidon nuclear torpedoes, the Belgorod will also serve as a mother ship for manned and unmanned underwater vessels.

2022-07-13
Previous Post: Factors contributing to the high prevalence of multidrug resistance/rifampicin resistance in patients with tuberculosis: a cross-sectional, qualitative epidemiological study from the Khabarovsk Krai region of Russia | BMC Infectious Diseases
Next Post: Tomsk scientists will develop a device to neutralize chemical hazards