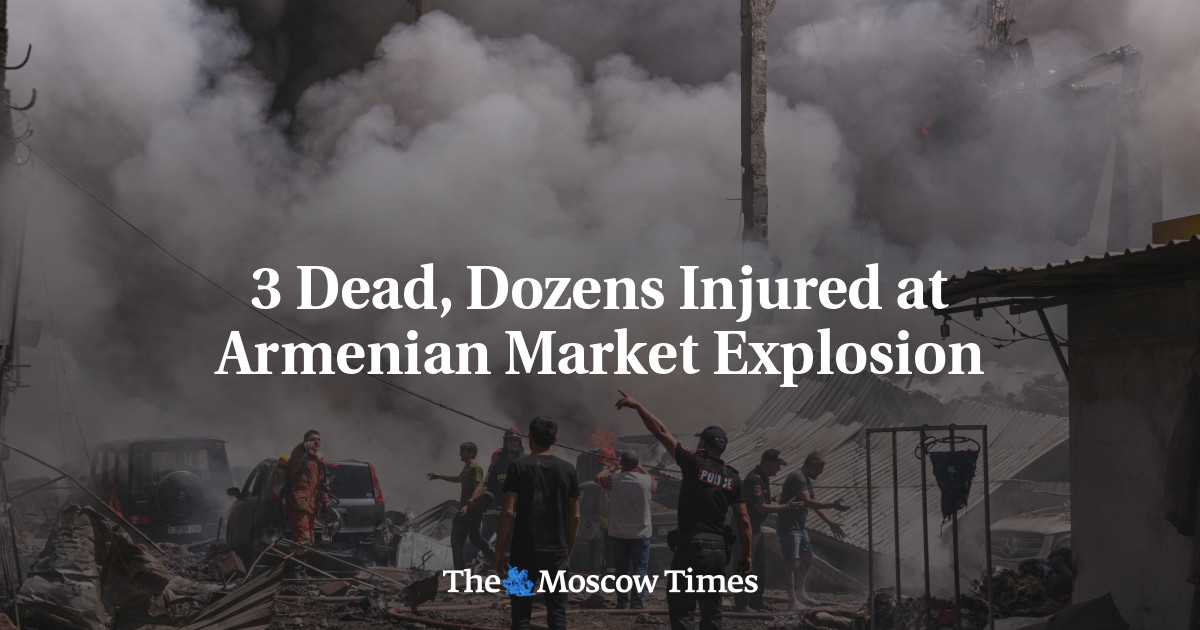 An explosion that sparked a fire in a market in the Armenian capital Yerevan on Sunday killed three people and injured dozens more, officials said.

The fire engulfed Surmalu market, according to initial reports.

“After preliminary data, an explosion occurred which caused a fire,” the Ministry of Emergency Situations said in a statement, reporting three dead and about 40 people hospitalized.

They also reported that a nearby building had collapsed and released the names of 25 people their relatives were trying to contact, saying they could be trapped under its ruins.

As the search for survivors continued, rescuers used an excavator to clear the rubble, an AFP journalist present at the scene reported.

They had so far extracted 10 survivors from the rubble and recovered one body, the ministry statement said.

The Surmalu wholesale market is normally very busy on Sunday afternoon when the blast happened.

The cause of the fire has not yet been established, but local reports, citing witnesses, said the explosion occurred at a location that stored fireworks. Authorities have not yet made any statement on the possible cause of the fire.

Photos and videos posted on social media showed a thick column of black smoke in the market and what appeared to be a series of bangs could be heard.

A number of volunteers were also helping out at the scene, rushing to move piles of twisted concrete blocks and metal bars with their bare hands.

Nearby, firefighters held their hoses to the smoldering ruins, soaking them with water.

A total of 200 firefighters and medical personnel were dispatched to the scene, as well as fire trucks and construction equipment.

The disaster comes at a time when the country is already going through a difficult period.

Armenia, a small country of about 3 million people, is still recovering from the 2020 war with Azerbaijan, which ended in a heavy defeat which in turn sparked a political crisis.

Armenia’s neighbor Russia said through its embassy that it was trying to establish whether any of its citizens had been victims of the blast.

She offered her condolences to the families and loved ones of those killed in the disaster.